Hello everyone. I thought it was about time to introduce myself. I’m Louise and I’m the producer for the ScienceGrrl Calendar 2013. What does this mean, exactly? Well, to use my favourite literary device, the analogy, and my favourite animal, the swan: I’m the webbed feet of a magnificent, beautiful bird, paddling furiously to keep it moving along seamlessly.

My job is to oversee everything that needs to be done to make the calendar happen. The tasks are multitude and I would not be able to do this without a strong team of volunteers, especially our production assistants Ellie Cosgrave and Suzi Gage. The tasks include the obvious, like scheduling the photoshoots, and the ones you might not immediately think of: sourcing quotes for envelopes in which to send out the final, shiny calendar.

I also have artistic direction over the calendar, which means both liaising with our designer, Cosima Dinkel, and photographers Ben Gilbert, Greg Funnell and Naomi Goggin, to ensure we have a consistent look to the calendar. One of the hardest things to do is juggle the schedules of these three photographers with all the calendar participants – including some famous faces who are at the mercy of their ever-changing filming schedules.

How does my job fit in with that of our director, Heather Williams? ScienceGrrl started off as a bit of a dream, just some female scientists on Twitter saying that there should be something that represents the achievements of women in STEM careers much better than “that video”, and wouldn’t it be great if there were some projects that encourage girls and young women into STEM devised from the ground up by working female scientists? Heather was the dreamcatcher who brought these ideas and people together and I was the, er, ancient magic that made sure the dreams came true… or, hang on, don’t dreamcatchers trap nightmares? (…sometimes analogies fail, reader).

Of course, with all good “dream come true” tales, there is a sob story. Exactly six months ago, I was in hospital hooked up to acetylcysteine. My life had fallen apart around me. My boyfriend had left me; in turn I’d had to leave my role running Science Showoff. My grandmother was having hallucinations, and I’d just had an MRI scan that would reveal the reason for the awful pain I’d experienced for two months: three “slipped” discs in my lower back. I had hit the eject button. And when that didn’t work thanks to the intervention of an old friend and the NHS, I aborted my regular job to return to university this September. I lost a lot of friends, a lot of weight, and a small part of my mind.

I was asked to help out with ScienceGrrl a few months ago when I was still feeling, in precise medical terminology, pretty shit. I was waiting to start my masters degree, still broken-hearted, still depressed, and very lonely. I could have said no and gone back to hiding under my duvet, but I took a deep breath and said yes. So here we are. I have the ScienceGrrl lifebelt around my waist. I told you I like analogies. Or is that a metaphor…?

Now look, all these juggling acts I do cost money. Photographers, designers and printers need paying. I’m going to be living off baked beans for the next year so I can’t stump up the cash. We really, really need money from you so that we can make the ScienceGrrl Calendar 2013 come to life. So that you can see pictures like these ones below on shiny, glossy, A4 paper (at 250gsm, don’t you know?). 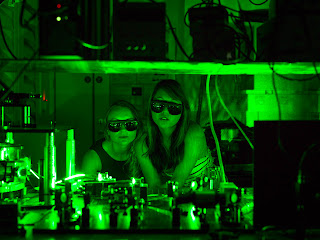 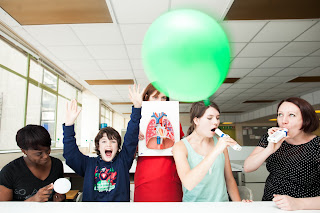 Please donate just a fiver towards our production costs via Sponsume. It will take less than five minutes. And if you don’t, the ScienceGrrl swan will come and break your arm with its wing.

Louise.produced our 2013 Calendar that launched ScienceGrrl to the world and raised the money that drives our initial work. She previously worked for the Wellcome Trust and The Physiological Society, and is currently studying for a Masters degree in the history of medicine.